Covid funds will fuel $22 million in cash aid, but federal money is being announced quickly 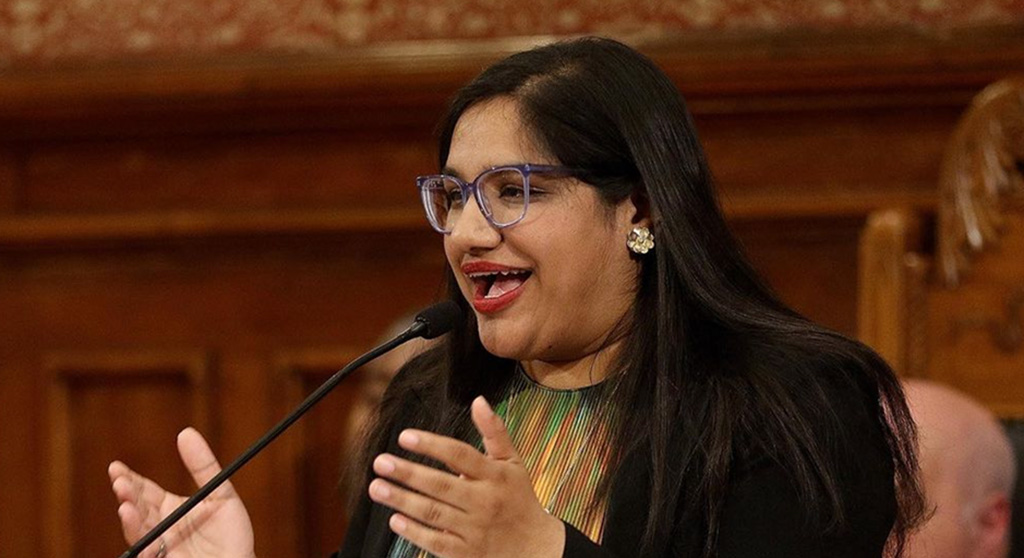 Covid funds will fuel $22 million in cash aid, but federal money is being announced quickly

A final chunk of Covid relief funds arrived at City Council on Monday — $23.1 million described by staff as targeting concerns ranging from homelessness to broadband infrastructure — but a vote to release it has been delayed for at least a week.

The money is part of $88.1 million from the US Federal Bailout Act, though paid by the state through the act’s Coronavirus Local Fiscal Recovery Fund. The most high-profile use of federal funds was announced Wednesday by Mayor Sumbul Siddiqui during his State of the City address with City Manager Louis A. DePasquale: $22 million in direct cash assistance to every family from Cambridge whose income is below the federal poverty level. .

There would be $500 a month delivered for about a year and a half, an extension of a trial with 130 families starting in September. The council proposed the expansion in February; program details are still being worked out. “We are confident that this ownership will be a huge strength in our recovery from the pandemic and in our efforts to address the inequalities that exist in Cambridge,” Siddiqui said on Wednesday.

“While there are now cities across the country piloting direct cash assistance programs, this will be the first such program capable of delivering the assistance to every eligible family,” Siddiqui said.

A Cambridge Community Foundation report from 2021 showed that one in eight people in Cambridge is food insecure and the average household income of the city’s lowest earning 20% ​​- around 24,000 people. — is only $13,000 a year, Siddiqui said.

Siddiqui was joined during the town hall speech by a family who have been part of the testing program, called Cambridge Rise, and exemplified its ability to improve the lives of residents: a woman identified as Porchia and her daughter, Pink. With the Rise money, Porchia took courses to become a medical assistant. “Rise has helped her cover her expenses for tuition, transportation, childcare and more. She recently passed the final exam to receive her Physician Assistant certification and will be graduating from the program in June” , said Siddiqui.

With such an ability to fuel city programs, Arpa funds have sparked a clash between the councilor and city staff over who decides on disbursements. On Monday, Councilor Quinton Zondervan reiterated those questions with the request to accept the final $23.1 million.

“The last time we received Arpa funds, we had this discussion and were told that we could not vote on individual expenses – that we had to vote $55 million at one time. I guess we’re back to the same situation and being asked to vote on $23 million all at once,” Zondervan said. “I would like to understand how we can get more clarity on how the money is going to be spent.”

The response from DePasquale and Deputy City Manager for Finance David Kale was familiar from June. “Grant credits are not on a project-by-project basis. We’ve had this conversation,” Kale said — but city staff have met with advisers from their finance committee and are focused on council priorities. “One of the priorities expressed by the council was the cash assistance component, which we have just put in place,” Kale said.

The $23.1 million hasn’t been earmarked for anything specific and wouldn’t be without the advisory advisers and finance chairs, DePasquale said.

Monday’s council meeting was exceptionally short – just over two hours – and short of speeches. When Zondervan said he wanted to know what other councilors thought about city staff’s oversight of the $88.1 million, only Dennis Carlone spoke up, and only to say he had discussed the issue. ‘an upcoming finance committee meeting with Kale’ so we can once again talk about priorities and focus on what’s important to us. Vice Mayor Alanna Mallon, who led the meeting while Siddiqui celebrated Eid at the White House, agreed that she always understood the funds would be accepted as a lump sum.

Zondervan was still not ready to vote and exercised his “constitutional right” to postpone the discussion with a regular meeting.

Around the same time, the solicitation period for community contributions for the $88.1 million ended. The city has allocated $33 million for projects reviewed with city council and announced the allocation of $22 million for cash assistance, Kale said. That left $33.1 million to spend while continuing to receive requests from the public – more than 42 ideas that morning, not including a new suggestion from the Cambridge Nonprofit Coalition and existing council priorities such as transportation by community, protecting the city against the effects of global warming and helping the homeless. “We’re working to see what things are eligible for Arpa,” Kale said.

Hence the “strategic pause on public demands” which now total more than $139 million. “Obviously we’re not going to be able to fund all of this,” Kale said.