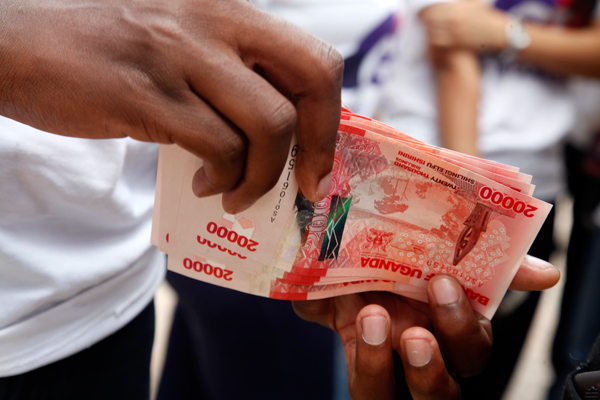 The ministers yesterday presented various accounts of the government’s plans to give 100,000 Shs to vulnerable Ugandans.

The first batch of 501,107 targeted beneficiaries should now receive the allocation of 100,000 Shs each on their mobile phone.
State Minister for Gender, Labor and Social Development Charles Engola said yesterday that they had not yet completed beneficiary verification.

“With transparency in what we do, is after collecting all this data, what we think of here, a week later, we will have worked all the data. We will display this data in a week,” did he declare.

“The Honorable Minister’s statement came in the context of the fact that all data that is not displayed will not be paid and that the exercise will delay even more than we thought because so many municipalities and cities did not upload any substantial data, â€Ms. Amongi said.

He added, â€œAs I speak right now, we have about 100,000 data that has been downloaded. We have enough data to allow us to start the payment tomorrow (today) which is around 50,000. “

According to Engola, the field team collecting the data is thin and verifying the data takes time.
He said that by next week the process will be completed and the beneficiaries will start receiving the money.

However, this angered MPs, who said the government’s delay leaves many vulnerable people on the brink of starvation.
The chairman of the Parliament’s Covid-19 working group, Mr. Abdu Katuntu, criticized the Uganda Bureau of Statistics (Ubos) for not being able to have figures of vulnerable people in the country.

He instructed Mr. Engola to commit to having the list as soon as possible.
“Can you have this letter of commitment, addressed to the Clerk of Parliament, that the list will be printed and posted by the end of tomorrow?” ” he said.

The prime minister decides
The Permanent Secretary of the Ministry of Gender, Mr. Aggrey Kibenge, told the Daily Monitor yesterday that the Prime Minister will today decide to restart payments to beneficiaries whose contact details have been approved by the ministry.

Mr Kibenge said yesterday 53,053 beneficiaries had been approved for final approval by his office and they would be able to receive the money.

â€œThe point the minister told lawmakers was that it takes us a week to be able to get all the cases into the system. But our consensus is that we cannot wait for all the payees to be uploaded to the system to start the payment, â€Mr. Kibenge said.

â€œWe say, ‘Let’s start paying the beneficiaries whose contact details arrive instead of waiting for the others.’ This will be decided by the Prime Minister. If it allows us to start the payment, we will go ahead and initiate it because the money is ready at the Post Bank, â€he added.

Gender Minister Betty Amongi said on Tuesday that the first group of vulnerable people will receive their money today.
Kampala City Commissioner Hudu Hussein told the Daily Monitor yesterday that his team in all five divisions (Nakawa, Kawempe, Kampala, Central, Lubaga and Makindye) were in the final stages of data collection.

Ms Hudu said all data will be uploaded by the end of the day, a deadline set by the Covid-19 task force.
â€œSo far we are more or less done with the five divisions in Kampala. The teams are in the final stages of data processing and verification. At the close of business tomorrow (today), it will be done, â€said Mr. Hudu.

He said, however, that they had not received any information from the government that the money would be sent next week. â€œWe have not yet received this information. Me, I’m working on a Thursday deadline with my team. If this communication has been made, it will reach us, â€said Mr. Hudu.